I was a hot mess this past New Year’s Eve and it didn’t consist of bottles of champagne popping with me dancing on the bar. At seven months pregnant, stuck in cold Canada my husband and I decided to stay in and chill…literally at home during the holidays.

When Dave and I met I was intrigued he was a master in the kitchen. After living in Manhattan for ten years my culinary skills were rather limited. I normally bounced between dining out and delivery. Cooking to me was not burning the Campbell’s soup and grilled cheese. After moving to Canada and having the time and a dream kitchen to practice cooking,  my skills slowly progressed.  I finally became trophy wife material, five course meals became a breeze for me.

So this past week’s injury was just shitty bad luck. It was literally as if my kitchen was condemned. 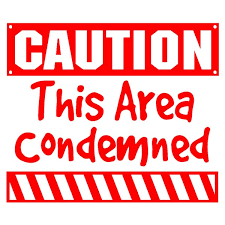 In the middle of making a simple BLT sandwich for lunch I not only burnt the toast, but blackened the bacon so bad it nearly dissolved to absolutely nothing. I was distracted by talking to my husband when I remembered, shit the bacon! By that time the conventional oven tray was piping hot with smoke. I quickly tried to toss it on the porch while the cat and the dog followed in delight after the smell of bacon oil. While opening the door and pushing the rascals away the oil tipped and rolled back onto my hand. I was surprised that I didn’t feel a thing, no pain, heat, or even a burn…that’s how hot the oil was.

I washed off the oil thinking I had gotten lucky, and put some gravy for fries into a glass bowl in the oven. I know it sounds like a really healthy lunch. I went from BLT sandwiches to classic Canadian poutine. While my hand began to turn red and throb, I took the gravy out of the oven and it cracked within seconds. No! My second attempt at lunch failed?! I noticed it was just large pieces of glass, so I scooped up the gravy and placed it on the fries. My husband said, “Mmm this is delicous,” after his first bite. That’s when I heard crunching. I yelled, “Stop! You are chewing on glass!” So while he drank ex-lax tea for New Year’s Eve, I sat with my hand in a bucket of ice water for ten hours nursing a second degree burn.

The problem with cold water is that is seems to get warm quickly. The ice bags weren’t working as well, and wrapping it didn’t take away the throbbing. I did find however, that slicing a raw potato and gently placing it on the burn works wonders! The burn wrapped from the side of my palm around the bottom and to the top. As the days passed the wound progressed. While it didn’t hurt was much it was raw and looked as if it would scar.

I began applying pure Tamanu oil the wound 4-5 times a day. Tamanu oil has the ability to penetrate through all three layers of the skin. Once a day I would dab on a few drops of Lavender oil which is supposed to reduce scar tissue, but that being a pure essential oil I felt was too strong for an open wound, so I used Tamanu for the initial healing process.

It has been 10 days and what appeared to be a scar has subsided. I just have a little scab left which will hopefully heal in the next week.

Let’s face it burns suck and they really cripple your every day tasks.  While  you can’t always prevent an accident, there are ways to speed up the healing process.